[Xiagong Chusheng Original] On December 28th, 2011, Jimin Industry & Trade Co., Ltd. accepted a WP10 series electronically controlled engine in Shandong. After the replacement of the four supporting equipment, the engine was blown out in a very short time. Based on the actual damages received by the customer, we analyzed the causes of the accident by combining the images of the damaged piston rings: 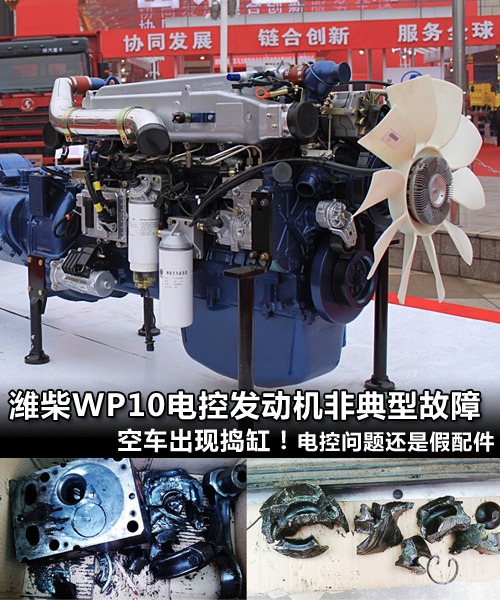 Â  Due to the different causes and manifestations of damage to the engine parts, there may be one or more reasons for the same damage, either alone or at the same time. We must analyze the nature of the failure through the surface phenomena of the parts damage. However, in many cases, the surface damage trace of a part cannot be accurately judged by its nature. It is also necessary to understand the working time, working conditions, operating conditions, maintenance conditions, oil quality, and related parts of the faulty engine. The detailed information of the damage situation and other comprehensive analysis can find the real cause of the failure.

Â  After the vehicle in this accident was repaired, there was sudden ramming under the condition that the empty car was driving at a high speed. After the incident, the vehicle was towed back to the maintenance company via the trailer. 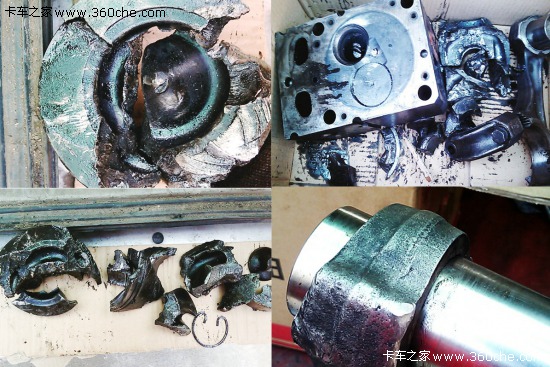 The engine piston showed decentralized damage, and the piston pin showed no sign of high temperature due to poor lubrication; the exhaust valve of the engine was broken, the oil head of the electronically controlled injector was blocked by the small piston block, and the cylinder head face was not severely damaged; There is no deformation in the large end of the rod, but the rod body is bent; the piston pin retainer is intact.

Therefore, the detailed configuration of the engine provided by the engine is not known. The coal from Shanxi Province, Luping Road, Shandong Province, the one-way cargo type, is in the state of empty driving on the national highway when a problem occurs. It is rare that this type of abnormal turbulence phenomenon occurs.

For current electronically controlled engines, the combustion control is basically completely controlled by a computer, but if you want the engine to work properly, the positional tolerances of the mechanical parts are equally important; for example, the engine's valve clearance, bearing clearance, and even fuel supply. The meshing clearance of the gears in the timing system needs to be strictly performed to perform the factory tuning method. At the same time, because the explosion pressure is much higher than that of non-electronically controlled engines, there are stringent requirements on the strength and high reliability of assembly components.

The piston is called the heart of the engine. It is one of the most important parts in the engine. Because the piston is under the effect of high temperature and high pressure gas, it constantly makes high-speed reciprocating motion, so it bears the heat load and mechanical load of high temperature and high pressure. Its working conditions are very harsh.

In most Steyr-type engines, the piston is the only aluminum part of the engine's main moving parts. Any failure of the engine and any related parts or engine operating conditions will most likely result in the piston being damaged or broken. Therefore, the engine Faults are often exposed on the piston, but the parts that really cause the engine to fail are not necessarily pistons. Specific analysis needs to be made on a case-by-case basis. Many friends face a pile of damaged parts but do not know how to start analysis, in fact, through the phenomenon to see the essence, after grasping enough basic knowledge, as long as careful scrutiny can be partially analyzed! 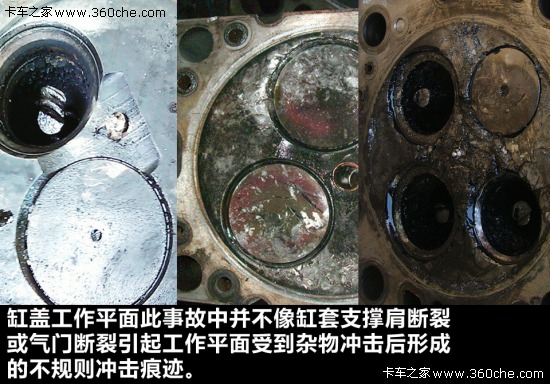 1. Although the valve of this engine is broken, there is no impact mark on the working plane of the cylinder head. The trace of valve breaking can basically be considered as caused by excessive lateral impact force, but the valve head break zone and valve head work There are no collision marks on the edge of the face. If the valve head is dropped, the valve head is inserted into the piston combustion chamber, for example, because the overall height is increased. For cylinders with an online speed of approximately 7 m/sec. It is almost impossible to have no impact on the cover work surface; then only one case may have a similar phenomenon, and the piston suddenly breaks at work. 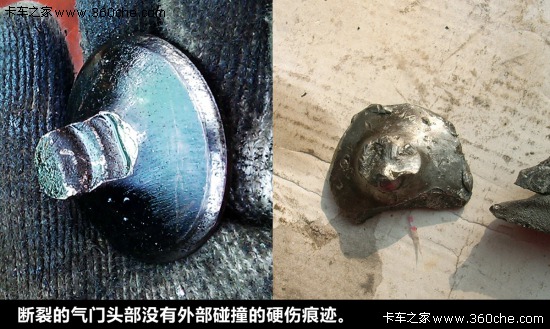 2, for the damaged piston, in order to see if there is such a engine, for example, WD615 engine often encountered if the cylinder bore sleeve hole deformation, larger, cylinder sleeve support shoulder stop tilting the case of cylinder sleeve support Damage to the piston caused by shoulder breakage and if the engine is pulled due to a severe cylinder pull in a single cylinder, we specifically investigate from different locations: 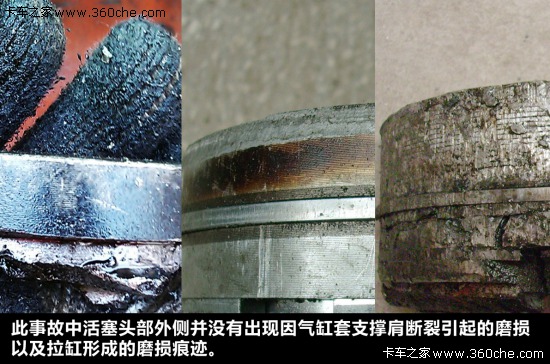 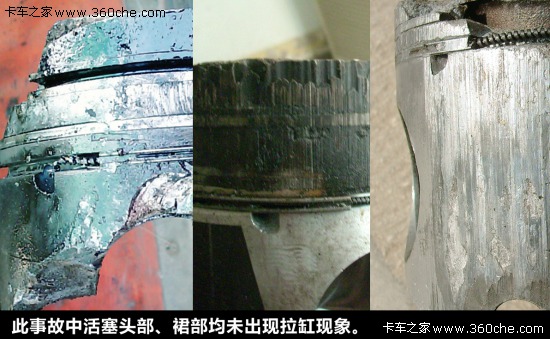 The piston did not show any sign of cylinder pull, nor did the phenomenon of high temperature coking from the internal cold oil gallery in the piston block. Judging from the current signs, there are no major flaws in the maintenance process. 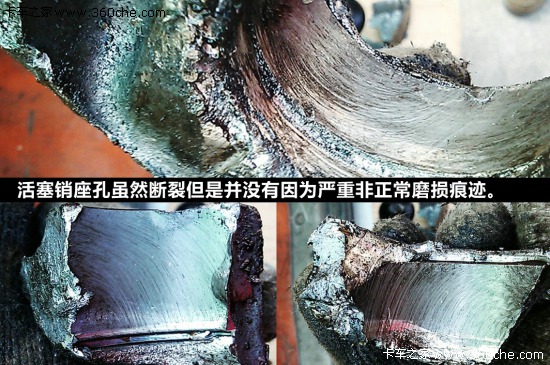 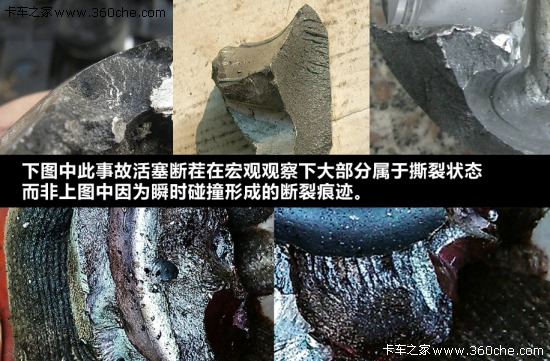 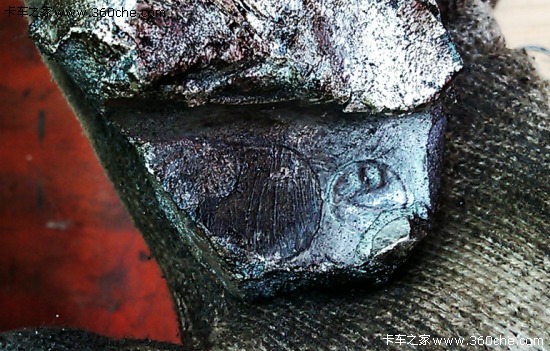 On the contrary, the piston breakage in this accident is more interesting, and most of them are instantaneous tearing, and the macroscopic observation of the structural level of the end face is relatively loose, which is very different from the normal breakage of the piston formed by external forces. Piston's billet is marked with Jiangbin Pistons, but it is hard to say that it is a factory part.

Thermoplastic Road Marking Machine can mark different kinds of road limitation markings which is widely used in the field of city road, highway, expressway, parking lot, runway, square and so on.
It has the advantages of fast, high efficiency, accurate which makes a huge contribution on the urban planning and road construction, furthermore it can save time and money of road construction.