[Xiagong Chusheng original] For the Fast transmission, the home of the truck home may have a lot of understanding and use, but because of the different models, many friends did not really follow the correct The operation is used for reasonable use. How to use the file, how to use it, and so on often appear on the forum. In fact, different types of transmissions require different methods of use. This is very important! This is not, a card friend recruited.

A liberation dumper card friend of a truck home. His gearbox is a type of Fast main box non-synchronizer. During the first two days of non-highway use, the gearbox suddenly burst without any indication. The accident that the vehicle could not continue to run resulted in some photographs taken during the demolition after communication with the card friend. 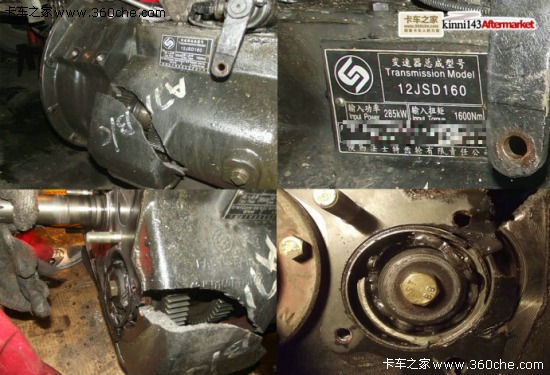 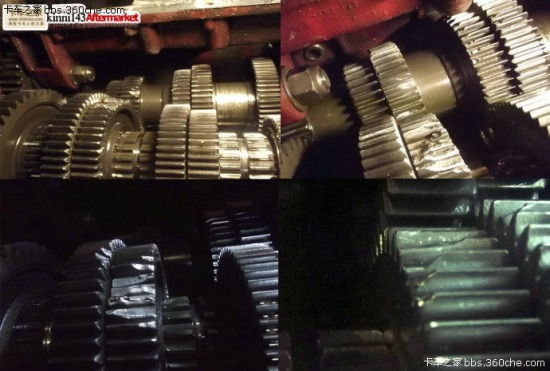 After opening the cover, it is found that the internal gears of the gearbox and the gears on the two axles all have different degrees of caries, but the caries do not belong to the form of normal gears, and the irregularity of the tips of the gears is extremely irregular. , very much like a foreign body impact.

While continuing to search carefully, we found a staggered stump at the bottom of the gearbox. After understanding, the 5/6 shift fork's fork head portion of the gearbox is shown in the red circle; ask the user. There were no noise and shifting difficulties when the vehicle was running. The user said no; then we excluded gear damage caused by improper engagement of gears that caused the gear shifting to cause fatigue fracture. 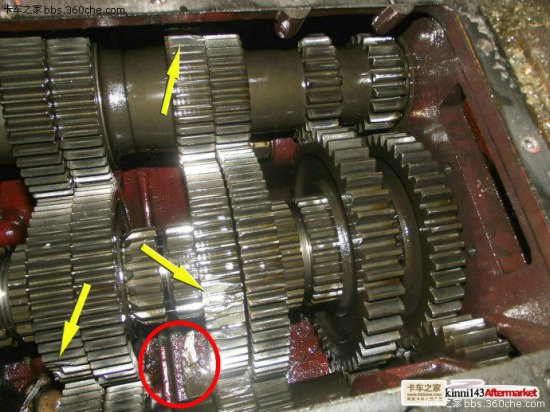 This accident involves the use of off-road dump trucks, combined with the use of some roads; we simply hypothetically imagine the process of damage to the transmission, because this card is not often on the train, the vehicle is often handed over to the driver For current operations related to Fast, each company attaches importance to the degree = 0, this user's Fast Transmission may be operated with a single rod, left, and there is no such follow-up valve on a similar tractor. The configuration, high and low speed gearbox conversion using shift handle left and right shot or up and down to pick the pre-selected valve type.

Â  Many drivers have a lot of misunderstandings in the operation of such gearboxes, especially when the high gears are stepped down to the low gear area. If the control is not good, the main and vice will usually be used when the torque is not completely interrupted. The shifting of the box at the same time (for example, from the 8th speed to the 6th speed or the 5th speed), the shift fork on the upper cover at this time needs a certain thrust due to the sliding engagement sleeve and the gear speed required to change is not suitable. Under the circumstances, an alternating impact load is formed on the fork, and it is easy to cause the fork to break (after communicating with the user, it is known that there is a scaly breakage area in the broken part, which proves that there is fatigue before). The shifting fork caused a loss of tens of thousands of yuan. Several simple actions caused a lot of controversy.

As the saying goes, good horses have good saddles. When we choose the commercial vehicles that are in your favor to bring us wealth, we must do a reasonable planning and appropriate training on the use of vehicles. Donâ€™t use empiricism to face all uses. surroundings.

For the transmission type with no synchronizer in the main box, let's take the example of the 12JSD160 gearbox in this accident. Because of his different operating modes, the 7th gear is changed to the 6th gear and the normal is the 7th gear. The clutch is changed to the upper gear area. In the neutral position, take the shift lever to the low-speed neutral position (after the conversion of the sub-box is completed), and depress the clutch to engage in the low-range 6th gear. For a gearbox with a follower valve and a preselected valve, the 7- and 6-speed operation is 7-speed when the preselected valve is lowered from a high position, and the clutch is depressed (after the shift of the sub-tank is completed) and the clutch is again depressed. To 6 stalls. Instead of picking up the gear in the 7th gear, he dials the low gear.

Clinical waste is the term used to describe waste produced from healthcare and similar activities that may pose a risk of infection, for example, swabs, bandages, dressings etc. or may prove hazardous, for example medicines. The most commonly used definition can be found in the Controlled Waste Regulations 1992 .