However, the indisputable fact is that this is the fourth time since 2005 that the company has achieved profitability through all means of extraordinary projects.

Bohai Securities also issued a report on its annual report, indicating that the actual operating conditions of Shanghai Caichai Co., Ltd. did not appear to be fundamentally better than before, and its share price was seriously overvalued, giving a sell rating. Another analyst also believes that although Shanghai Automotive Group Co., Ltd. (hereinafter referred to as "Shangqi Group") is indeed good for the entry of Shangchai, Shangchai did not have an opportunity in 2009.

Although Shanghai Shichaiâ€™s net profit, as forecasted by the performance forecast, increased by more than 50% from last year, its net profit after deducting non-recurring gains and losses was -595.26 million.

The Bohai Securities Research Report shows that in 2008, the company only achieved EBIT (EBIT before interest and interest) of 21.7 million, a year-on-year drop of 60%. If the impact of 35 million investment income and 25 million minority shareholdersâ€™ profits and losses were excluded, Shangchai would lose 31 million yuan.

In the past three years, the company seems to have been busy selling non-main business-related businesses. According to rough statistics, the company sold at least seven joint-venture companies and holding subsidiaries and one land. More than 130 million yuan. Despite selling these sideline businesses and obtaining billions of profits, the company's energy does not seem to have completely shifted to its main business.

An analyst from Ping An Securities also pointed out that Shangchaiâ€™s performance in recent years is not very good. There are relatively few manufacturers who purchase their products. They may be quality problems. They may also be problems of after-sales service. In short, they are not satisfactory. We have not paid attention now. They are.

In addition, the annual report also shows that the listed companyâ€™s own investment income in 2008 was as high as more than 90 million. At the same time, in the 2008 A-share market, the company obtained a gain of 7.086 million yuan through processing transactional assets. In the big bull market in 2007, the companyâ€™s revenue from transactional financial assets was 1,403,400.

The financial report data is like a roller coaster

Later horizontal comparison with the 4 financial reports of Shangchaiâ€™s shares, the mood is really like riding a roller coaster. In particular, the companyâ€™s operating profit and net profit attributable to the owner of the parent company are the difference between the two quarters and the highest 10 times.

Just like the small Shenyang said in the Spring Festival Evening: In fact, a quarter can be short-lived, with the firing of the gun is the same, one off and one off, a fireworks passed, tens of millions of profits gone.

Another financial officer of a listed company, after learning of the above situation, stated that the change in the gross profit margin of the company may be due to the increase in product sales prices or the control of costs. However, as a company that produces engines, its cost should not change too much. Even if you remove the audit and non-audit factors, there are generally no tens of millions of differences.

Professor Yue Yanfang of Accounting Department of Central University of Finance and Economics believes that such data reaction is indeed an abnormal financial situation, but because the gross profit rate is a cost accounting and belongs to the internal report of the company, it is hoped that the company can explain the cause of the fluctuation.

And the auditor of a domestic branch of the fifth largest US-based global accounting firm in the US also said that from the profit statement alone, it is suspected that it has inflated profits.

On March 5th, 2009, a procurement officer of the Beijing Benz-Daimler Chrysler Automobile Company told the reporter: Like products such as engines, the seasonal variation of costs is unlikely, and according to their purchasing data, it appears that The quarterly purchase costs did not increase but fell slightly. In other words, the price increase of the product is unlikely.

An auto analyst of Ping An Securities agrees with the above-mentioned procurement staff. He said: â€œIf the sales volume has fallen by more than 50% compared to the previous three months (Shangchaiâ€™s sales revenue in the four quarters was respectively: 1.023 billion, 1.116 billion, 970 million, 432 million), it is reasonable to say that the cost of amortization will increase slightly, and from this point of view, the gross profit margin should instead fall. (Gross profit equals (operating income - operating cost) / operating income).

Even taking into account the factors that led to the companyâ€™s purchase of raw materials during the fourth quarter, according to Bohai Securities's research report, it is expected that due to the sharp decline in the prices of steel and other raw materials in 2009, the gross margin of Shangchaiâ€™s shares will increase from 15.6% to 16.5. %.

So, why did the Shangchai Company reach the fourth quarter, and the company's gross profit rate doubled up?

Although the listed company can provide the controlling shareholders and affiliates with the necessary engines for automobiles, they can obtain long-term and stable sales. However, industry analysts do not recognize this.

After saying â€œNo chanceâ€, the above analysts have used a clever metaphor: They are all producing batteries for mobile phones. Do you think that Samsungâ€™s batteries can be interchanged with Nokiaâ€™s batteries?

According to Guotai Junanâ€™s research report on Shangchaiâ€™s shares, Shangchaiâ€™s main research and development, manufacturing and sales of diesel engines are products such as construction machinery, trucks and buses. Its leading products are mainly focused on supporting products with higher torque requirements for construction machinery, etc., but have not significantly improved the matching of products with higher speed performance requirements for automobiles.

The Bohai Securities analyst believes that: SAIC's commercial vehicle segment's profit contribution to Shanghai Diesel Electric Co., Ltd. should be after 2010. Prior to the maturity of the heavy-duty truck engines with more than 12L of Shanghai Diesel Engine Co., Ltd., the demand of subsidiaries of SAIC, such as Shanghai Huizhong Automobile Manufacturing Co., Ltd. and Chongqing Hongyan Automobile Co., Ltd. will not increase rapidly, and the contribution of light-duty engines to Shangchai will also be in 2010. after.

Therefore, in 2009, the company still relied on diesel engines and accessories for construction machinery. However, according to Guotai Junan Zhang Xin, analysts believe that the demand for diesel in 2009 will not increase compared to that in 2008, showing a trend of low and high prices.

The data shows that the management costs of the company in the past four years have remained high, and there has been a trend of steadily rising. If the volume of sales declines further, once the operating business also suffers losses, how will the company make profits again? Is it possible to return to the old industry and start a new round of land sales and selling subsidiaries?

All series CNI Laser modules can be fiber coupled with different core diameter MM fiber or SM fiber. You have  to refer to the detailed specs of each laser modules (such as power, stability, noise, size, etc) to decide which one is suitable for your application. We would like to do the coupling job for you.

The collimator of Fiber Coupling Laser is designed to connect to the end of FC/PC or SMA905 connector and contains an AR-coated spherical lens. The distance between the spherical lens and the tip of the FC-terminated fiber can be adjusted to compensate for focal length changes, or to re-collimate the beam at the specific wavelength and distance of interest. 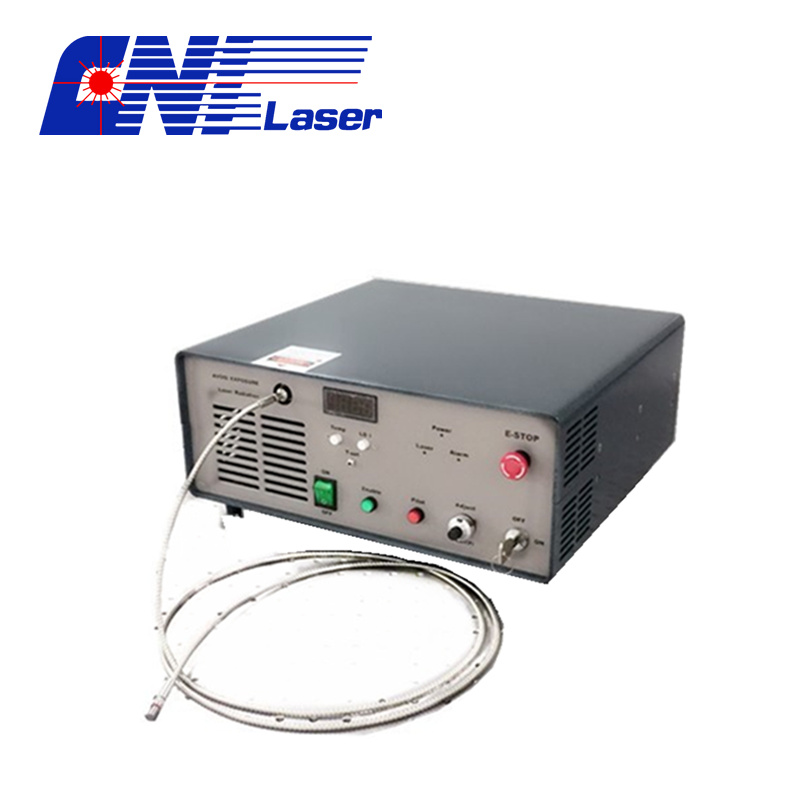